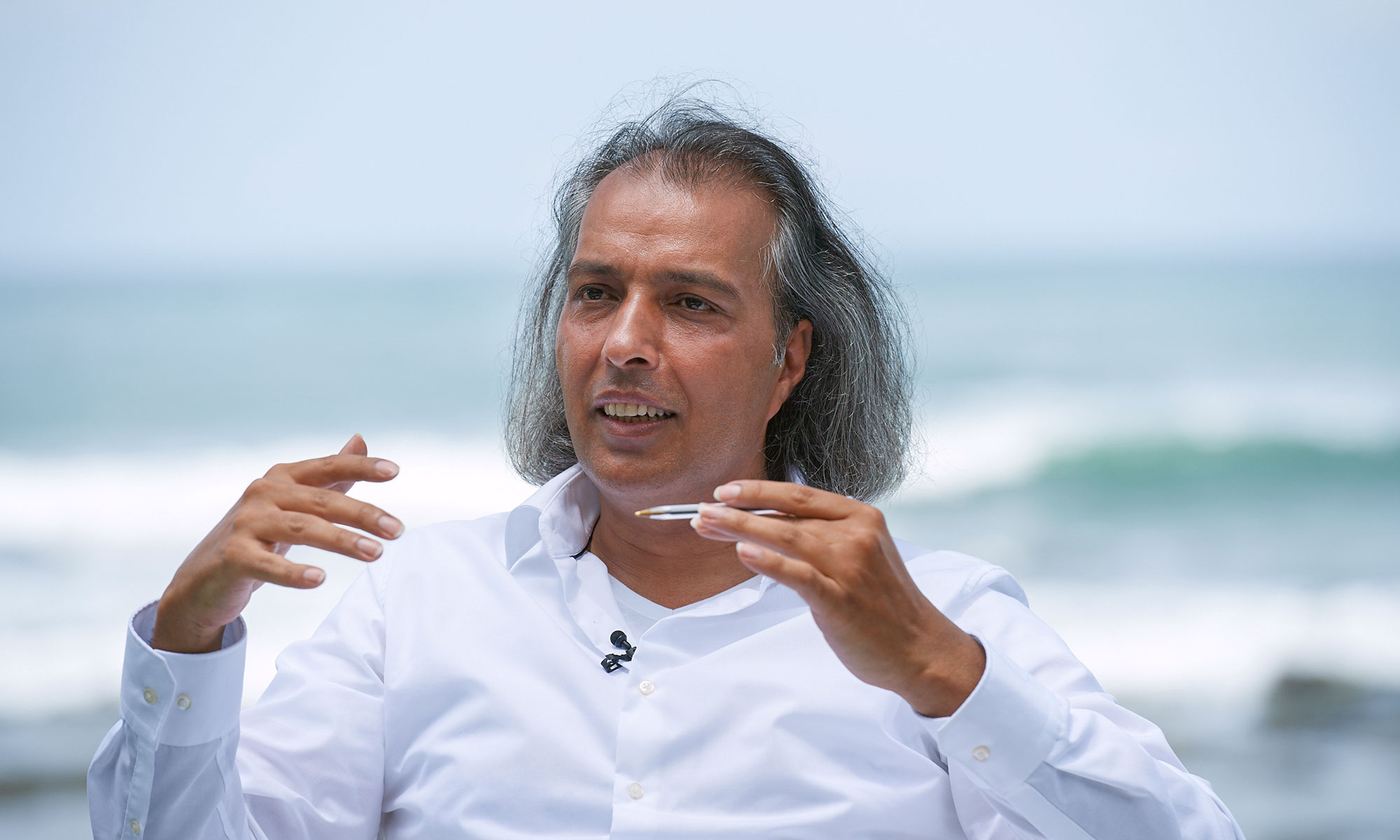 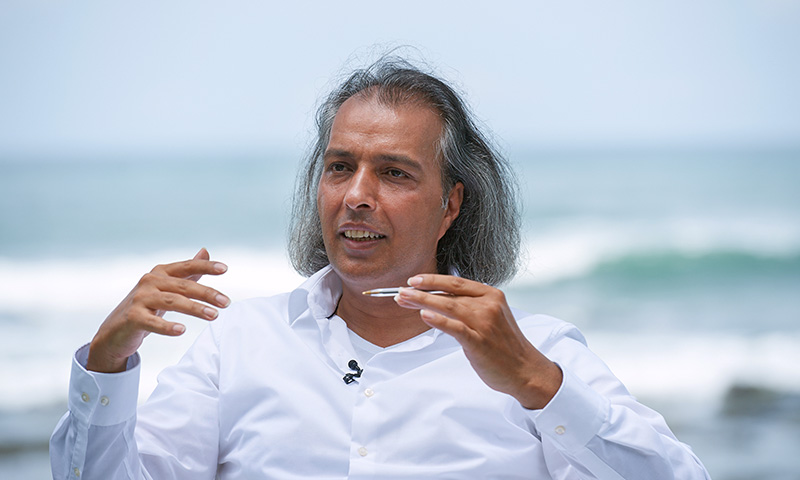 „When the truthful and Truth become ONE,
then the highest Truth on earth unfolds.

When the freed person and Freedom become ONE,
then the highest Freedom on earth unfolds.

When the peaceful and Peace become ONE,
then the highest Peace on earth unfolds.

When the surrendering person and Love become ONE,
then the highest Love on earth unfolds.

When the unified person and Unity become ONE,
then the highest Unity on earth unfolds.“

David Wared is a born healer, who has invented and developed a healing therapy, Light Essence Therapy. For the first time in 1974 he published as a founder of a holistic healing philosophy, Light Awareness Philosophy, the new knowledge of an evolutionary healing understanding, which starts with an expanded humanity, including all living beings.

Light Essence Therapy brings a therapy into the world, which builds upon a healing tradition of centuries within his family and which so far has only been passed on in a restricted circle. He changed this tradition and opened this method, in as much as he developed it further with new essential methods. Millions of people and other living beings have recovered through it, because it deals with the beginning of suffering, namely consciousness. Light Essence Therapy unites serving, healing and helping in a healing procedure, which brings blessing and salvation. It liberates man, heals him and raises his consciousness.

David Wared has come in order to serve, heal and help people. He dedicates his whole life to the revelation of the vision of healing for man. In his practice and at the Light Awareness Academy in Düsseldorf he heals through giving impulses, in meditations in distant healing and through teaching of the methods of Light Essence Therapy. He always adresses the whole person, the entire creation and the highest spirituality when he blesses, heals and brings forth his message of healing in love and wisdom to all beings.

David Wared was born as a healer and very early opened up a new age of healing, by publishing the healing knowledge from a 500-year-old family tradition. He modernised it and expandet it with new essential methods. The foundation of the first healing philosophy shows a way which comprises all levels of healing and of ethics. It describes the totality of the connection between healing and consciousness development. Thus he effects not only spiritual mental and physical healing in people but he surpasses the healing understanding so far and makes it possible for any person interested in the all-encompassing healing energy of Light Essence to become aware of the philosophy and to apply it himself.

An inner longing has finally brought him, at the age of three, to deal with western and eastern philosophy and to explore what it had found out about basic questions like creation, healing and the true essence of human life. Apparently there was still a great demand as to the cause of human unconsciousness. In the course of history only few philosophers had dealt indepth with the question of legitimacy of warfare. How, if not from familiar models or cultural guide-lines, could they know, which actions were just, necessary or healing? David Wared filled the empty spaces with the knowledge arrived at in his expanded humanity, which unites men as single beings, humanity as a whole and the world of nature spirits. He denunciates the separations and concepts in human consciousness as cause of the deficiency and suffering. As a healer and a philosopher, David Wared, felt a great longing to make this knowledge available to all men and to offer them healing techniques and methods for salvation.

Healing is according to the highest knowledge the restitution of the original and eternal order, which elicits the commonness and connectedness and which accepts the differentiality of forms, instead of fighting against them. David Wared has founded the ethics of an expanded humanity, which suggest to people to encounter in mutural respect and in loving participation, so that the wounds of past hurts may heal and a new trust and true encounter become possible again.

He makes it clear that for us Mother Earth is a living organism endowed with consciousness and in particular is a learning planet for people, on which we can realise the divine. It has made itself available so that we can have our experiences in order to obtain the highest consciousness and all healing can be accomplished. Through praise, love, protection, feeling at home, sanctification and appreciating we can give back the life force, full of blessing, to Mother Earth, to the animals and to the many nourishing plants. Global humanity, nature and our planet, Mother Earth, are for the first time considered equal and are accepted as being worthy of healing from man. The damages done by exploitative actions can be healed and thus we can again enter into communication with all fellow beings and with Mother Earth. Healing, according to David Wared means to open the doors of our hearts so that benevolence can go out from us and can be received. Thus we ourselves create heaven on earth and healing in all sick existence.

In the year 1974 David Wared revealed a philosophy of Light Awareness as the first holistic healing philosophy of humanity. So he made his healing heritage available to all and intoducted a newage of global familiarity.

He expanded existing healing methods and he developed among others the Light Constellations in order to solve problems, Energy Dancing for solving blockages via the body and LightYoga, in order to use the traditional yoga for Light Point Activating and to make it applicable for everyone.

Love is the universal principle for healing because it leads away from a separating, differentiating spirit and prepares the way to unity.

Man walks the path of healing or blocks it out from his freedom and responsibility. True life is blissful, healing and means a serving for the whole as it is the destiny of all. Man has constructed a world of interest, and is therefore responsible for pain. Information and impulses for healing help him to reflect upon his inner being.

David Wared practices in Düsseldorf as a healing practitioner who educates people from all parts of the earth, from all, social backgrounds and in all life situations and who leads them via enthusiasm and emotional support back to their longing. He sends healing impulses as an energetic support during the treatment as well as via distant healing over small and large distances. In the meantime, many people take part worldwide in the regular meditations (5 AM and 9 PM) and more and more people work for our natural environment and our Mother Earth in a healing way. For the healing of our earth he has developed Light Anchoring, which gives Earth supplementary Light Essence, so that it may recover from man`s intrusion and violation.

At the Light Awareness Academy, founded by David Wared, in order to hand on the philosopy of Light Awareness, Light Essence Therapy and meditation, there are various trainings, seminars and courses. David Wared reveals Healing, the true Holiness and creative Greatness in every man, in every living being and in all that is.